On the day my father was grappling with just two weeks left to live after a battle with pancreatic cancer, my mother was having a mastectomy. It was a devastating week in 1992 after having just lost my grandmother the year before and my aunt the year before that.

For two people who survived the U.S. Japanese Internment camps... losing everything, starting over and never uttering a word about how tough they have it, cancer for both my mother and my father in the same time period was pretty mind-blowing.

My parents are two of the strongest people I have ever known.

Their inspiration, strength, tenacity, and will are part of my core foundation.  I only had my father for the first twenty-six years of my life.  And while my mother was alive physically - I had started to lose her to Alzheimer's when I was just fifteen.

The lessons I learned from both of my parents in the battle of cancer was that a positive attitude is everything.  And while most people would think that was just a very obvious default, for them, it was a courageous choice.

I believe this is where I get my strength from...and why I choose to try to provide insight and shine a light on what I can to create change and embrace life... RIGHT NOW... FOR RIGHT NOW IS ALL WE HAVE.

Being diagnosed with breast cancer was something that was new for my mother with no previous history of it in the family.  What would be most traumatic for any woman to deal with, my Alzheimer’s stricken mother who started to fade in an out of memory lapses for ten years at that time said...

“Oh, I have breast cancer?  I forgot.”
This was not a TV show script. This was an ironic scene from real life.

But somehow my mother would come up with these lines of award-worthy gold on the fly, and they would fly out of her mouth like she was channeling something.

The truth is, she didn’t see what she was saying because of her Alzheimer’s disease, as she would often remind me with another award-worthy line...

For any woman struggling with breast cancer, they NEVER FORGET the experience.  It was from here, I would never forget her crushing blow and every year I remember what that journey was like.

Because of my mother's courage, I can honestly say I wouldn't be here doing Linkronicity as my 'destination' from my long journey through all of the work I've done. It is because of her 'hanging on' - I see the correlation of what it means to rise through adversity.

What an example of rising through adversity, huh?

Humor was unexpected... one does not say "I will be diagnosed with cancer and laugh about it."  However my mother, would laugh at herself and find baudy ways to find humor in missing a breast and for her, laughter was the best medicine.

The doctors think it was because of the Alzheimer's... because she didn't sit in an emotional whirlpool of fear or worry or anxiety or even thinking about the cancer coming back.

It is the same tool my father used before his first surgery with pancreatic cancer. This man read my 'creative visualization' list before going into surgery and remarkably after being out of the ICU took his IV bag and started jogging around the hospital floor in his hospital gown.
If the doctors had not opened him up a second time for it to metastasize, I believe things might of turned out differently.

For my mother, breast cancer wasn't necessarily a battle to be won as much as it was something to forget she uttered or had, not recognizing it even happened until she would look down her blouse to see something was missing.


My mother's battle with breast cancer was different than any other woman I know who has gone through it because she had Alzheimer's.  Most battling breast cancer have the very 'conscious' daily challenge of taking a deep breath to warrior onward with their own confrontation with the disease.  She didn't, however also in the non-traditional sense.... daily grief was "NEW" - therefore, it's like getting handed the news you've just been diagnosed with breast cancer over and over again, then forgetting and then being shown it again and she went on like she didn't have it.

I've been told by others in some sense she was luckier to have actual moments of forgetting and that oddly Alzheimer's was a blessing in the face of cancer.

For other survivors, it is the endurance trek, the fighting spirit and proactive fight to warrior onward.

There were conscious and fleeting moments my mother recognized she felt blessed in a way to have Alzheimer’s because she didn’t dwell on her body and what she lost, but rather forgot about it and focused on what she had in the present moment because with Alzheimer’s Disease this is all you actually have.  You forget yesterday, you don’t know what today actually is, but all you know is that you have TODAY.

This is all any of us truly have. TODAY and living TODAY. 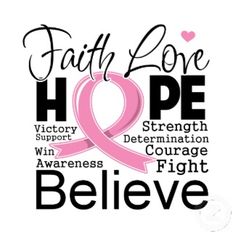 For a moment, she took a deep breath and recognized she was lucky to catch it early. She was having this mastectomy one month before Breast Cancer Awareness Month. This was something she did remember noting that she was early for the mainstream awareness recognition of it and that it was early detection itself was a blessing.

Meanwhile, as a woman about to lose her husband in just two weeks, she often floated back and forth wondering why she was surviving him.

For my father who had complete awareness of all that was happening depleted his energies in dealing with his own fate simultaneously dealing with the woman he was leaving behind with two double whammies of Alzheimer's, Breast Cancer and left with one breast.

But my mother threw out one more golden liner...

“I may have lost my breast, but I did not lose my heart.”

AH… resting in that line was a miraculous and magical thing.  Basking in that wisdom was a truth she believed that was able to shine through her darkest moments. It is this enlightened statement that gave her the courage to live sixteen years in remission, and a total of twenty-six with the Alzheimer’s disease.

What I learned through all of it was how much being present matters. I know you hear me talk about this A LOT in all of my Linkronicity videos and all of my blogs here.

NOW you know where this comes from and WHY I keep sounding like a broken record trying to drive this home. My pure heart intention is to wake this up within you to add a few more present moments TO YOUR LIFE by my repetitive encouragement.

The example that my mother left behind with those words she spoke were more golden than she could have imagined.

Breast Cancer IS LINKED in my life chain... in more ways than you know, even beyond my mother. Losing both of my parents inspired my work which shaped me into being what you see now. Was I being groomed, shaped, inspired and driven to understand every nuance of the mind-body-soul-spirit health & wellness?  Yes.

Throughout my Media Monster Communications career, as you will read in my other blogs randomly peppered throughout this site, my entertainment work has always had a benefactor.  Susan G. Komen, L.A. Breast Cancer Alliance and many other cancer organizations, http://mwne.ws/1TRziVL,  http://prn.to/22ufU4E  and many more.

Two other amazing women I was fortunate to have as PR clients I lost the same year - both took their diagnosis and decided to STEP INTO THEIR OWN POWER to help others.
I not only feel humbled and honored to have been their publicist, but chosen to be part of their journey to make a difference in the face of adversity.

She was a fearless and feisty maverick who demanded her own second opinion from medical professionals when she listened to her own body.  In her late twenties, she had to fight the fight to get an early detection... YES, FIGHT.  She kept being told she was 'too young' to have breast cancer and she knew in her right mind, she had to keep fighting to get a second opinion.  Which, if you think about it really something... where you have to try so hard to get the care you need to be sure you can survive.  She knew something had been missed and she was right.  It was this gut instinct that would give her many more years of life to link her to more opportunities to inspire so many more lives through her work. She did a lot of good in her Earth journey... and I celebrate all she did to help as many people as possible.

Lou Gideon (RIP 2014) best known as an actress from Nickelodeon's Secret World of Alex Mack and is still seen in reruns of Seinfeld as the only woman to ever call Jerry, "Jerome," was more than just an actress, cheery optimist and multi-talented writer, singer and spirited creative.  She became the author and "Wrap Artist" for head-wraps for women facing chemo http://bit.ly/2hsY5WW . She saw solutions in improving a woman's self-esteem after losing her hair - with headwrapping demonstrations. https://www.youtube.com/watch?v=udSLCHxHIoc

The first thing she wanted to do was a bald photo shoot after losing her hair.  Which you will see in this video with the song she wrote (and sings) for her breast cancer journey.
https://youtu.be/udSLCHxHIoc  Her vulnerability summed up even what words from her book and her music not only convey...but her spirit takes beyond to help others through her choice to embrace her journey.

All of these amazing women are inspiring for their strength, courage and warrior spirit and I celebrate them and their courage along with my own mother's as they all rose from the depths of it to make a huge impact to become warrior women of strength and take on the fight by bringing about even more awareness, displaying their own bravery and being pillars of inspiration for the fight.

And whether you have Alzheimer's or not.... or whether you or someone you love has it or is battling breast cancer or some other disease or hardship - sometimes forgetting the dark stuff, so you can focus on what matters most (your breath now) - in order to replenish your own light to shine, heal and strength to fight to survive is key.

Whatever positive energy you can bring forth like all of these amazing women and the millions more across the globe - know that the positive energy is a gift that you can give yourself and to others facing challenges, too.

I share this with all those in the fight for their life, battling diseases, mustering up all the strength they have and send you this courage, this light, this message with the hope that you know just how very brave and courageous you are in all you’re doing by surviving and being the example of what all of that represents.

You’ll never be forgotten and your courage remains an inspiration.  I celebrate each and every one of you with all that you give, share and inspire everyone with - your heart.

THANK YOU.  BLESS YOU.  MAY COURAGE AND STRENGTH BE WITH YOU.

Posted by LINKRONICITY at 11:55 AM