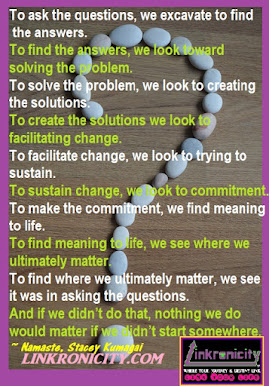 In some parts of the Northern hemisphere, spring has sprung.  While in others, it is barely springing as we approach the spring equinox.  Of course the Southern hemisphere it is the fall equinox.

This questionable seasonal shift is somewhat arguable as the point of this feeling climate change’s effect on those compartmental lines of time and season on the calendar, but at this moment in our space and time as humanity in our altered timeline amid a pandemic, it may feel blurred to the point of feeling indifferent.

Though these points are the whole contextual point of comprehending our balance in energy, watching humanity’s very own duality of springing to rise and descending to fall, no different than nature’s tide – it is here we understand the universal laws of life, even if we are disappointed with what we see.

This video was created 20 year ago. The song itself is 50 years old.

How relevant is this video TODAY if we look at what we’ve seen over the last year to present day amplified to what has been going on every day in every community in the world, where some of this never makes the news or goes viral.  It is here I question where the heck we’re going and more so question the applicable relevant context of present-day news and literally ‘What’s Goin’ On?’ in our society.

I’ve intentionally avoided blogging and social media for some time now… NOT due to laziness, nor neglect, but due to the idea that the aforementioned seasons of present change have left me with a lot to think about and even more to say to the point that my own excessive verbosity would feel unsettled, even if I chose to use my voice at this time with volumes and thousands of pages of text.

Too much is going on to clarify what is going on so I’d rather be authentic and say that at this time of “processing,” formulating, understanding and excavating my own thoughts, emotions and journey – recent painful violent events are continuing to dig up the questions resurfacing from the U.S. Japanese internment camp reality into ‘WTF are we seeing in 2021?’ having to declare we as people are not a virus.  This isn’t a time to merely shout out a #metoo in racism, amid sexism and ageism labeling first-hand experiences cuz no one cares about family history, nor my personal journey. I’d rather proactively be on the other side to address solution assessment for progressive education further educating from an elementary and fundamental level leadership space.

Sometimes one must pull back and watch the @*#_& show that occurs with the barrage of commentary that happens whether or not two cents was requested, warranted or relevant.

When one does so, it is enlightening to see how we as humanity utilize our ‘time’ talking instead of doing, how we passively or actively participate at a time when we should be doing our own inventory, revisiting our own thoughts, principles, values and feelings from a REAL PLACE, not ones for show to be on some bandwagon to nowhere until the next #hashtag.

I have an oil/water love/hate relationship with social media, not that I need to justify my personal sabbatical absences, however, I will transparently share that while there are many people there who choose to use it for good; too many others bully and attempt to traumatize those of us trying to use it for good, who are going through their own processing of emotions at a time when we’re all questioning our fate and faith.  It is here that spinning one’s wheels to avoid trolls sometimes amid the arena of crickets and passive observers is not healthy, and one must reclaim boundaries for well-being in order to continue to fight the good fight.

This journey is sacred and personal to everyone. You and your path are yours and how you evolve from this path forward is what you set forth to declare or redefine on your terms as our world takes on a new shape of being and doing.

Change as we know is constant.

Events are meant to prompt us to ask questions.

So let me ask you A LOADED QUESTION:

What questions are we asking ourselves now in the name of systemic racism, violence, mental and emotional health and well-being, and what we are seeing unfolding in history which repeats itself amid supposed evolutionary constant change when some things are not changing?

Does it seem as if we make two steps forward, as society takes three steps back?

Do we notice our own questioning of life and said meaning of life evolve with how we want to live our life and come to a resolve rather than just regurgitating a repeating history when we perceive we’re making progress?

I ask these questions as I wonder, ponder and dissect answers depending on POV with both immersion and perspective lens alteration in compartmentalization; mental/emotional and physiological realities and the spiritual evolutionary ones.  I ask what it means to be present and look ahead to a future we hope will change by being part of said change, but internally questioning if the rest of the world is ready for the peace it is we seek.

SOLUTIONS are part of world-seeking soul-searching quests that may or may not be part of everyone’s purposeful presence.  The pandemic has left a good portion of the population looking at life through new eyes, different choices in how to perceive life’s meaning.

While change is constant, I question humanity’s ‘wish list’ of wanting change; actually facilitating said change, those talking but not walking change and those who continue to fight to be the actual change even as the single water drop Mother Teresa indicated could be the mass ripple.

It is troublesome to see those touting diversity and inclusion and universal acceptance who know nothing about discrimination first-hand, although it may appear to be surface-level progress to see baby-steps in change of wanting to see it.

We just need more concrete substantial forward-movement actions to adhere and be more than just words.  I see many utilizing the legal disclaimers of providing equality, yet those whose boards of directors first two or three top hierarchy rows not reflecting it in gender, race, age, or disability or multi-combination of sorts.  I’ve encountered racist A.I. advertising and job bots who don’t have the emotional intelligence within their artificial intelligence to discern how to apply a sensitivity chip in assessing matches amid a barrage of racial violence newsfeeds.  The disturbing part of this is that they were programmed by actual humans, so where does that leave us?

Yet here we are – 2021 seeing what we are seeing.  As we all question where the heck we’re going from what once was to what is and what we’re all going to do about it.

We all know violence and war is not the answer, yet it is still present.

We all know racism and prejudice must end, but it hasn’t.

At this point T-shirts, art, music and company statements are not enough... though nice gestures, they are mere baby steps to walking the talk of the advertisement of just words.

Education is a start, but where does it lead in real change?

Representation is welcomed, severely needed and needs to be widened even further for we have a lot of work to do, but will that solve the ignorance, violence and intolerance?

What can we do with where we are with what we have to change that, and what will effectively support the sustained change?

What are we learning and applying in this moment?

I ask these questions not just to ask them, but to prompt internally within everyone to see what your answers have become over time and are still becoming as we see that in hundreds of years what has and hasn’t changed.

Supposedly ancestors meant well or were naïve, sheltered, ignorant or generationally transferred beliefs, so how do we break the cycle?

If love can conquer hate ---- But people cannot love themselves enough to know what that looks like within to externally live and breathe it unconditionally outward radiating in our world in step with our brothers and sisters, what are we doing?

Are we in a world living in an infinite loop or reminders from history repeating?

And how will all of the above conquer, banish the hatred, prejudice and ugliness we’re seeing?

Whether that exists in business, personal, our communities, justice systems … where can real change be supported and how can that mission be sustained?

As we look forward to creating communication forums to discuss our thoughts and feelings, our ideas for problem-solving and developing solutions for the world we all want to ultimately see and wish to live in, there are days when I wonder if this is somehow an eternal battle.

Will we forever be on a never-ending mission to create co-existence, understanding, acceptance, tolerance and real substantial change that can actually endure instead of having to revisit starting over on repeat like an infinite phoenix-rising time and time again with something that cannot be sustained?

I remember watching an old interview on Merv Griffin’s talk show where he once stated he believed that there would eventually be such a melting pot of mixed ethnicities to where one day (!) no one would be able to tell the entire makeup of anyone’s background and what a world that would be, because there would be a little piece of the whole world within everyone’s DNA.

Cut to: a discussion I had with several co-workers just a few years ago, who had just done some ancestry tests to discover they were made up of seven or eight different backgrounds when they had believed to be just one or two and only declared/labeled themselves as such, realizing this in itself was very limiting to do.

Cut to: current-day minority groups who may believe someone is not “_____” enough to qualify to be classified or labeled as such to belong to said group… this is also problematic and feels like it is counterproductive to said mission.

I live for the day we all celebrate each other and remove labels that restrict movement, rather only unite instead of divide and hope to see the change while being the change in some aspect as a single water drop.

I live for the day when we can be on a united front to work together instead of being forced to segregate into our own so-called groups to make/create change and amplify voices to be heard, because we’ll all be welcomed with a seat at the table.

I live for the day when I don’t have to express myself in a blog to purge my thoughts and feelings about a subject like this, because it won’t need to be discussed to have to ask questions that will already automatically have answers readily available as solutions-in-the-making.

Some say this is a dream of mine that will remain unfulfilled…. But I will continue to ask the hard questions to prompt the internal work and see if we dare LINK that to the solutions WE ALL CREATE TOGETHER to move this conversation forward into said dream fulfillment through our joint efforts, actions, realization and actualization.  Amen.

Posted by LINKRONICITY at 2:32 PM