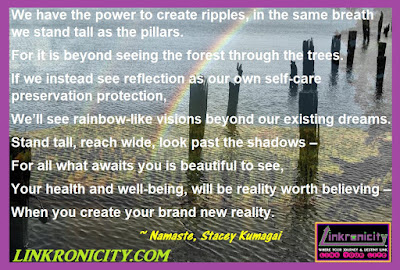 100% USDA Non-GMO organics were all on sale at my local health store. What a great way to start off the New Year.  As I went about my shopping and finally made it to check-out, I noticed the cashier wearing a hoodie… with the hood actually on his head as he did his job.

I understood immediately what was going on, because this particular natural foods store blasts the air conditioner 365 days a year between 30-40 degrees.  In the summer, it’s fantastic.  In the winter…. Not so much.  And this store has zero control over its blasting vents that actually “funnel” air directly over every aisle, like a targeted blast of the arctic, and for this poor worker… directly over his head.

Most of the checkers have braved it out and I have seen and heard many of them ill, literally wiping their noses as they work trying to soldier onward in their work, even though they are working in a store with aisles of Echinacea, Vitamin C, and Kombucha.

While most work places may frown upon the appearance of a checker doing that and not typically following-suit of being coiffed/uniformed like the rest in the cookie-cutter uniform ‘branding appearance look’ …For this guy… he basically said “screw that” and took matters in his own hands since he had no control over the work environment and put the power back in his own hands wearing the head protection as to not get pneumonia.  I smiled at the fact this employee put self-care first.

To me… for this being a health food store – what better ambassador could you have for your company than someone who practices self-care themselves even when the external environment was out of their control as well as the hierarchy. This was a leased building whereby the issue had been presented but nothing done about it, so everyone sucked it up and put themselves against the elements, tolerating the situation. Even though many have complained, letters had been written and calls had been made, the store stand, and if you choose to work there, you make sacrifices.

We talked about it.  I applauded him with a standing ovation with what he could do, and he did it cheerfully, without apology and didn't let this 'get in the way ' of providing efficient, courteous, helpful service.  I was sure to say something...Hallelujah, Amen and a returned High-Five from his naturopathic antibacterial tea tree oil cleansed hand, which I watch him do after he had to put another customer's non-hormone meat products in their bag just seconds before even handling my organic nuts, seeds, teas, produce and supplements, in order to protect ME from cross-contamination.  Unheard of, eh?

Then we proceeded to talk about the New Year as he examined my every purchase and felt like kin in my awareness of my holistic homeopathic choices.

He asked me the question, “So did you do any New Year intentions and also NEW DECADE intentions?”

This is not your everyday question to be asked as a consumer. Of course I answered affirmatively for I had done all of my journaling, affirmations, intention-setting.  He was thrilled I understood what the heck this meant as others in line shrugged their shoulders. But to our surprise others were immediately drawn into the conversation not complaining or caring they were waiting for us to have this discussion.

One lady behind me said, “What a great idea!”

The man behind her with his elderly father said, “We made wishes for good health for this year, but not for the decade, so that will start today, it’s still well-timed.”

Four months ago, I shot this video:

This was to help get you all ready for next level intention work.

Perhaps now might be YOUR well-timed chance to do this for yourself but looking at the ENTIRE DECADE that is ahead of us and also looking at your own self-care preservation in the spirit of the hoodie wearing checker and the idea that you have your own control hand on what it is you do to take care of yourself in an expanded way beyond what you have been doing.

Take a look at the ways you are viewing your life and what preconditioned ideas, thoughts actions or there lack of exist within your psychological programming of the kind of control you have over your circumstances.

Understand the importance of what every dimensional level of self-care preservation means in terms of your values, who you are, your own health, what you do to do preventative care, how you handle your own situations and set the intention with a healthy boundary of what it means to be true to yourself and your health.

And may your next decade provide for you all the blessings and benefits of doing just that.