YOUR LINK TO UNDERSTANDING COMMUNICATION 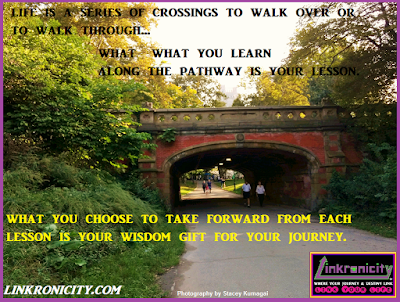 “Why does life have to be so hard?” whined the college boy in the aisles of the grocery store as he threw the 50% cacao chocolate back after hearing from his buddy that their mutual gal pal only eats 72% higher, so what he had in his hand would not be satisfactory.

I silently observed this scene to myself in total amusement as my brain appreciated their crossing on several multi-dimensional layers of present road, past road, future road, Earthly being/existence, soul awareness, and current mainstream human sitcom dilemma.

Yeah, I admit, it is pretty entertaining inside my brain at times.

As someone who is a self-proclaimed chocolate theobromian snob due to both health reasons and my former chocolatier humble beginnings, I concur with her boundaries, though I empathized with the uninformed one in that he must have felt frustrated to just be learning this new piece of information.

What was more interesting than all of the above is that the uninformed one thinks THIS is what makes life hard.

Where we can be compassionate and understanding is for all of us to see that if buying chocolate is hard for  him… he may have a harder road to cross later when something more significant or challenging comes across his pathway.  You are not supposed to judge him, but perhaps this is where you need to ask yourself – HOW do you identify ‘life being hard?’
How we compartmentalize “difficulty” or “challenge” is subjective, is it not?

Everyone is doing the best they can with WHAT THEY HAVE and whatever their limited abilities are along said journey for the moment until they have actually walked through something different.

Each individual processes life’s challenges differently – and no one’s journey is easier or harder. It may appear that way on the outside, but you have NO IDEA what is really going on in the background or what bridges people have crossed or roads they have walked until you yourself have walked them.

I decided to write blog because it has been recently brought to my attention that my brain operates on simultaneous odd/weird cylinders and pistons from what you just read that I was told ‘normal’ other folks do not go through in 15 seconds to ask said questions.

Personally, I had no idea this is how I was perceived  - it’s not like people display their opinions about that for me to digest and rarely does anyone share their thoughts, rather they just come back to this well in their own silent observation.

In my reality, sometimes my journalist hat is worn more often than not.  But this could be my perception and not my reality and that is simply the point I am making with this blog today. And while I am not a stranger to being called ‘abnormal’ - which in reality is just someone’s perception of me being different from them, but aren’t we all different from one another?
Anyway, if the chocolate shoppers were on public display for their day, and it was someone other than me observing them, they might have been compartmentalized and labeled by a series of opinions - which may not be true or accurate.

Should you find the above helpful in your own communicative problem-solving, let me know on social media.

Let’s start tackling the idea that ‘this is hard’ – but before we do that, let’s ponder something…


This whole blog you have started reading is not about chocolate at all.  I utilized it as a way for you to see beyond the chocolate, even if you are eating it as you read this.

What we miss in the day-to-day of our communications is the understanding that while words are exchanged, so much is missed…

Social media folks may have called the ‘uninformed one’ simply a ‘whiner.’  They might have given him a label he did not deserve, because they looked at him with a lack of compassion or putting themselves in his shoes to perhaps remember a time they’ve been in a similar spot.

Some may have judged the buddy for not being a good friend, while others may have judged their mutual friend who may have no idea they were shopping for chocolate at all as someone who was simply more comfortable in sharing information about likes and dislikes.

How do I know?  This is what I do for a living.

Many people sit in the wounded ego place of being judged simply because they are misunderstood.  But how can we as a society change that if we do not do the work ourselves to understand how we are not bothering to take the time to ponder where another sits by putting ourselves in their said shoes?

For all you shoe-lovers out there, let me please wake you up from your shoe (and chocolate) induced comas for just a moment and ask yourself of all the shoes you own in your own closet, how many other people's shoes have you bothered to put yourself in, in the arena of compassion, understanding and improved communications to improve your circle of relationships?

This question comes to you - not as a judgment for what world you've been living in, but merely as a generous offering for you to put your feet in for just a moment to think about how you can improve your life beyond retail therapy and improve your daily communications in the world you encounter day-to-day.

What goes on inside of a person, whether articulated or not is where everything begins and if we don’t start with that, we have a lot of road blocks on every crossing – whether it is a tunnel, a bridge or an artery of roads and superhighways in life that have their own sig-alerts.

Posted by LINKRONICITY at 8:28 AM